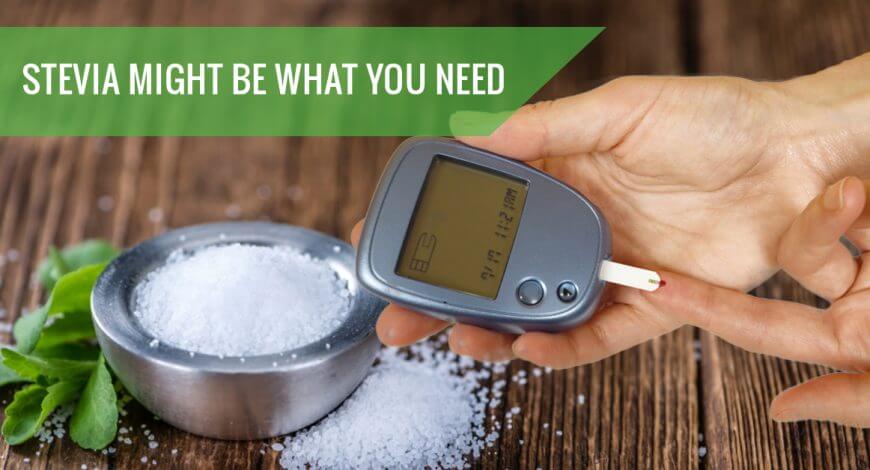 Stevia Use For Diabetics

If You are Diabetic, Stevia Might be the Wonder Sweetener You Need

According to a survey conducted by the Center For Disease Control in 2014, it is estimated that 29.1 million people in the United States Suffer from either type I or type II diabetes. To put it in another form, that means that a little over 9 percent of the entire population in this country have diabetes. It is also estimated that another 86 million Americans, more than one in three adults, show signs of having prediabetes (a condition where blood sugar levels are higher than what is normal but not high enough to considered type II diabetes). If these statistics alarm you, they should. While type I diabetes is something that people can’t control, type II diabetes is almost always a result of poor diet, health, and a lack of exercise. People with diabetes experience increased risk of heart disease, stroke, vision loss, kidney failure, and amputation of toes, feet, or legs due to inadequate blood flow. With these alarming statistics in mind, we here at SoPure Stevia wanted to take a moment to talk about the beneficial effect that stevia could have for those individuals who are suffering from diabetes.

Individuals with diabetes must constantly be aware of their blood sugar levels. Too much or too little sugar in the blood can lead to a host of problems and, for many diabetics, this means that regular blood sugar levels must be taken with a blood sugar monitor. Unfortunately, just because diabetics have to vigilantly monitor the level of sugar that they consume on a daily basis doesn’t mean that they don’t still crave sugar. Luckily for them, stevia and stevia extracts are now being considered by many healthcare professionals as an effective way for those with diabetes to quench their cravings while avoiding any detrimental effects. Below, we have listed a few key facts about stevia as it relates to diabetes.

If you would like to learn more about stevia extracts, our products, or information relating to the positive benefits of stevia, visit SoPure Stevia today. As one of the world’s largest wholesalers of stevia extracts, we are determined to provide the best stevia products available. Don’t be a slave to sugar, contact us today to see what stevia can do for you.