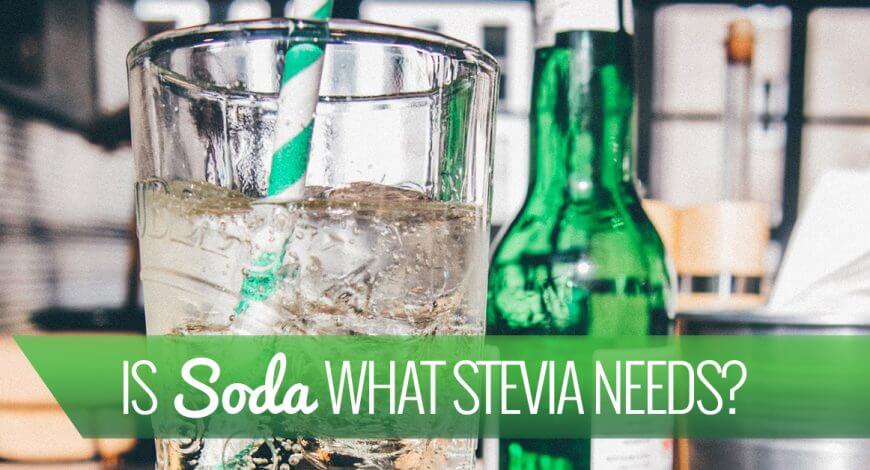 Is Soda What Stevia Needs?

Stevia Needs a Foothold in the US Market

Anyone who dabbles in the world of stevia and stevia extracts knows that the United States is having a hard time accepting this natural sugar substitute. The above statement is not meant to encompass the entire United States (in fact millions of Americans have fallen in love with stevia), but rather the United States government. While it is important that the Food and Drug Administration remain diligent in ensuring that the products Americans consume are safe, we here at SoPure Stevia are struggling to understand why stevia is still so heavily regulated. In many other areas of the world stevia is perfectly acceptable to use in all manner of food production, while in the US it’s still struggling to even be sold as a “dietary supplement.” However, as one of the world’s largest wholesale stevia suppliers, we remain faithful. We know that all it will take to secure the use of stevia in food products is a shift in the United States government’s view of stevia. How will this shift happen? Soda just might be the answer.

Stevia Extracts Could Greatly Reduce the Calories in Soda

It is no secret that people love soda. People love soda so much that it is estimated the average person consumes 44.7 gallons of soda a year. No matter which way you look at it, that’s a lot of soda and, unfortunately, a lot of empty calories from sugar. With recent backlash in the United States over the health risks in consuming large amounts of sugar, soda companies are having to rethink their strategy. These companies don’t want to lose sales, however, they realize that public preference is starting to shift away from drinks loaded with sugar. While it is true that “diet” soda options have been around for decades, the risks carried by these products can sometimes be worse than their sugar laden brethren. Artificial sweeteners, such as aspartame and saccharin, have been linked to a host of dangerous side effects such as impaired memory, nausea, digestive issues, tachycardia, and some types of cancer. Additionally, recent studies have started to show that these artificial sweeteners may actually make people crave sugar. What good is replacing sugar with a substance that just makes you crave sugar even harder? Soda companies are taking these factors into consideration and have recently begun to look at stevia as a viable alternative to sugar in their products.

Big Business Will Lead the Way

Although it is an unfortunate truth, money drives change. This truth is especially apparent in the realm of politics. Large corporate interests can greatly affect government and occasionally are the only entities that can really get anything done. While this is normally an unsettling truth that most of us feel that we just have to live with, for stevia it could be exactly the boost it needs. Coca-Cola, perhaps the world’s most popular soft drink manufacturer, has recently started to experiment with stevia in their products. Coke Life, which comes in 12 oz. servings at 90 calories each, is sweetened with a combination of sugar and rebaudioside-A, a common stevia extract. By all reports, Coke Life has been a success for Coca-Cola and has shown that stevia and stevia extracts can be a viable alternative to both sugar and artificial sweeteners. As Coca-Cola sees more success in its products sweetened with stevia, we here at SoPure Stevia believe that they will help to pave the way for stevia and stevia extracts to be used extensively in the food and beverage industry. As a major national and global player, Coca-Cola has the resources, influence, and tenacity to bring stevia into the limelight.

While everything in this post is purely speculation on the writer’s part, it cannot be denied that stevia is starting to gain momentum in the United States. Americans are tired of being slaves to sugar and are desperate for an alternative sweetener that a) tastes good and b) does not come with a host of undesirable side effects. We here at SoPure Stevia look forward to this coming change and want to supply anyone and everyone with stevia and stevia extracts. To learn more about the stevia extracts that we sell or to request a free sample, visit our website today.