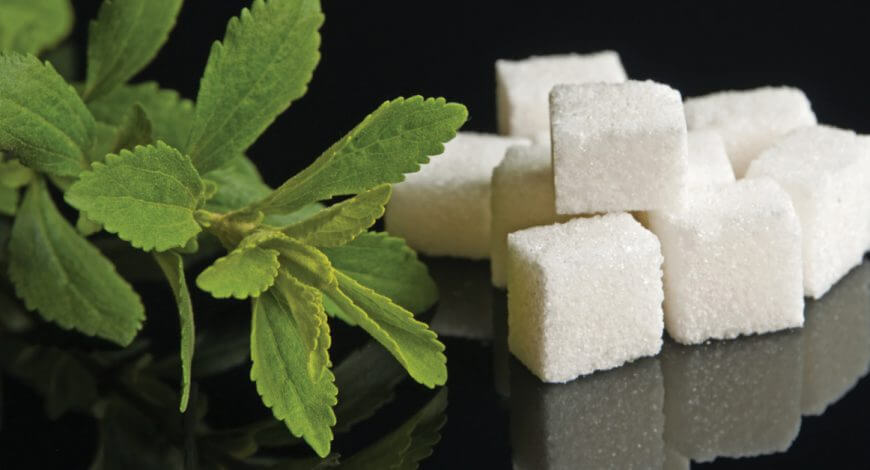 What Makes Stevia So Sweet?

Rebaudioside A is Sweet, Really Sweet

At SoPure Stevia, we want to educate people on the benefits of stevia and stevia extracts. These highly potent sugar alternatives are changing the way the food and beverage industry looks at sweeteners, and are causing quite a stir among the general population. With a wealth of information already available, it can be difficult to ascertain what is and is not true about stevia and its extracts. In today’s post, we decided to give a brief overview of Rebaudioside A (or Reb-A as it is more commonly referred to), and what the future holds for this game changing sweetener.

For generations, people living in South America have used the leaves of the stevia plant as a natural sweetening agent. They found that by adding stevia leaves to food, or brewing it in tea, provided a pleasant boost in sweetness. After stevia was “discovered” by European explorers, the sweetening properties of the plant were studied to try and understand exactly what made the plant so sweet. After decades of study, it was discovered that stevia was so sweet due to some unique chemical properties within the leaves. The chemicals, known as steviol glycosides, have up to 200 times the sweetness of traditional sugar, are non-fermentable, and are heat stable. Once these glycosides were discovered, researchers quickly identified the potential impact this could have on the sweetener industry.

Of the two glycosides found in the stevia plant, stevioside and rebaudioside are the sweetest in flavor. Reb-A alone is 200 times sweeter than traditional sugar and contains only glucose as its main sweetening agent. The extraction process for rebaudioside A begins with a hot water extraction of the stevia leaves themselves. The leaves are placed in warm water (typically between 50-60℃) and left to soak. After the desired amount of time has passed, the water is passed through an absorption resin which separates the steviol glycosides from the mixture. The steviol glycosides are then removed from the resin through the use of food grade methanol or ethanol, dried, and packaged into containers for sale. What’s left after this process is completed is a sugar alternative that is sweeter than sugar could ever hope to be, while also being calorically neutral.

We hope that this overview has given you a little more insight into rebaudioside A and its potential applications in the food and beverage industry. As more research is completed on stevia, we are convinced that it will become the sweetener of the future. At SoPure Stevia we offer a wide range of stevia products and extracts, including rebaudioside A with a purity rating of 80-99 percent, stevia proprietary blends, and flavored stevia extracts. Our extracts come from only the highest quality stevia plants, and we take meticulous care in ensuring that we deliver the purest product possible. To learn more about our stevia products, contact us today or visit our website and request a sample. We are sure that once you taste the superior quality of SoPure Stevia stevia extracts, you’ll never sweeten food the same way again.